In January Irish Seed Savers hosted a collection day for the Burren Beo ‘Hares Corner Project’. Over 350 Irish heritage apple trees were collected on the day with each participant receiving 8 trees. These heritage apple trees will be planted in many orchards across county, contributing to the improvement of biodiversity in County Clare. As participants of the Hare’s Corner project Irish Seed Savers will be planting a woodland stand of ‘Burren Pine’ onsite in February and have already completed our pond under the same project.

Preparations are underway for the grafting of new apple trees and the majority of our scion wood cuttings have been collected. For those of you that want to order scion wood remember that the deadline for orders is 14th February.

The garden team are busy preparing beds for spring sowing. Phacelia was sown in the Autumn to keep living roots in the soil over the Winter. This green manure was then rolled early last week, releasing nutrients into the soil. It was then covered in a layer of farm yard manure, a light dressing of compost and a dusting of seaweed powder and wood ash. Finally it was covered (with a weed suppressing fabric which is tied down rather than pinned to allow for the fabric to be reused). In late Spring when the fabric is lifted, a beautifully composted bed will be revealed, ready for transplants, with minimum soil disturbance and no digging required. 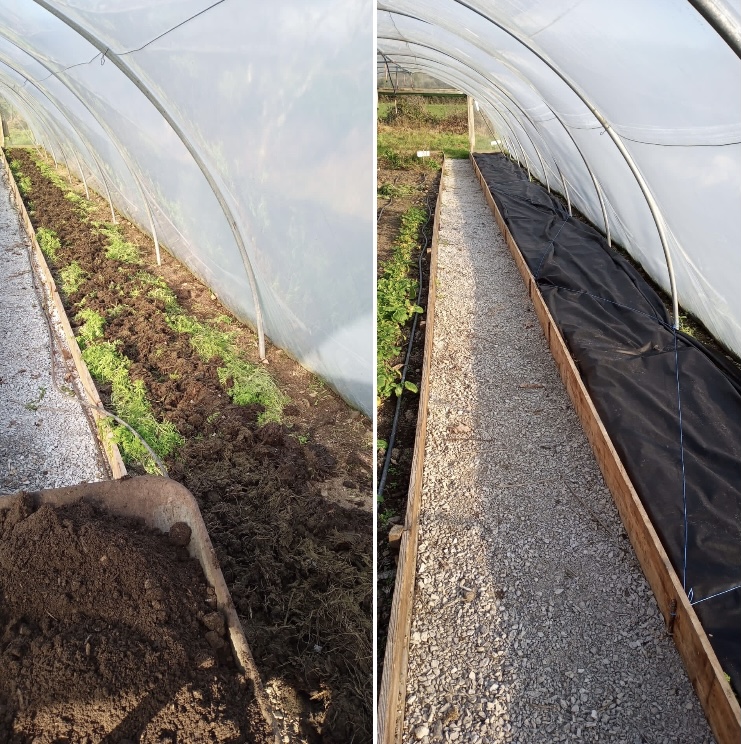 The Garden Team have cleaned all the polytunnel and pots in preparation, Chillies, Peppers and Broad beans are the first crops sown to kick off the growing season. It never ceases to amaze us when we see the first shoots popping up from the compost and the cycle begins again.